I was checking my email and it had one from an unknown woman with subject adoption story. Not knowing if people even read my blog, she wrote me a simple email of how she thanks me for posting such private things. How she adopted a little boy almost 5 years ago. I appreciated that email so much. 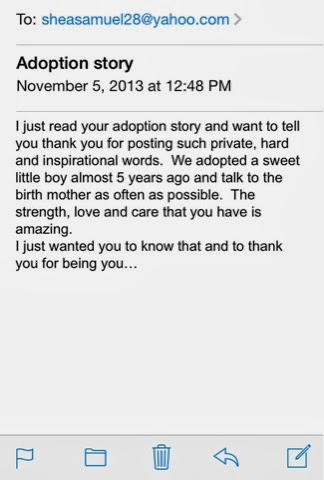 Posted by Spiritual Fairy at 10:21 AM No comments: 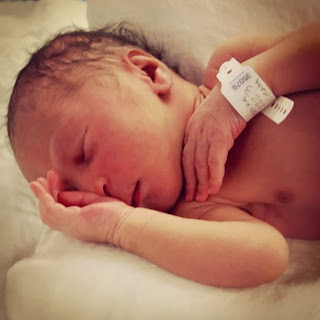 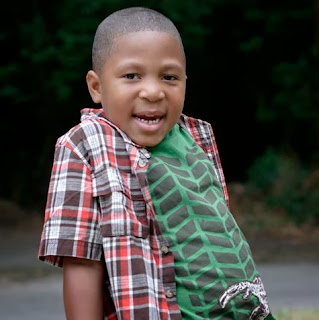 Posted by Spiritual Fairy at 3:37 PM No comments:

Well I ha e been so behind that its sad but I have some good news. In June I will be flying to Portland to see my extended family and I'm so excited. I get to meet Jakey Trey and enjoy a nice vacay away from all the drama that has happened. I'm counting the days until June 5-11 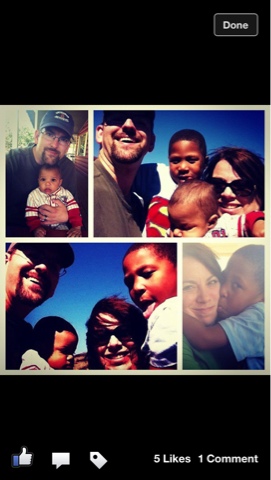 Posted by Spiritual Fairy at 10:52 AM No comments:

Today is Gotcha Day for Jea and Chris...meaning that They are now a family of 4...Jakey Trey is now theres...its such a great day for them... 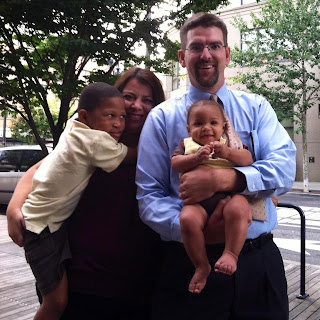 Posted by Spiritual Fairy at 3:19 PM No comments:

WELL I feel bad i havent been keeping up for you bloggers out there, but Zyler has a brother now!!! His name is Jakey Trey and hes 5 months now..Hes the most cutest lil boy ever! And Zyler is really enjoying being a big brother. But Zyler is now 4...CAN YOU BELIEVE IT??? I cant... Its been four years since giving birth to him, not trying to get attatched. I let Jea and Chris spend the most time with him. I knew i wasnt going to be able to bring him home with me and it hurted. I cried my eyes out when i got home. My mother wasnt a great support. My other two kids didnt know why mama was crying or where was the baby that was in my tummy. But Jea made it easy to talk to, to call, to text, to email. And for the people i met along the way..I thank them for being in my journey Keri Laura Desha Cindy...my birthmom bud happy birthday zyler 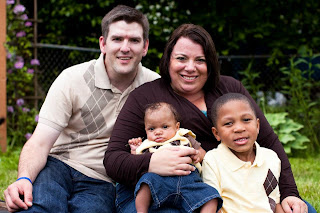 Posted by Spiritual Fairy at 12:45 AM No comments: 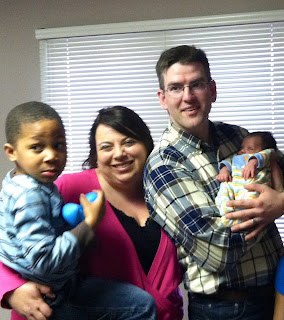 I havent been on here lately but so much is going on i dont know where to begin. But i will share this news with you guys. Zyler is now a big brother to a healthy lil boy name Jacob. They went to Kentucky to go and bring him home. They had some red tape to get through since adoption laws are different there. But everything has cleared and now they are parents to two boys. I couldnt be happier for them they are so great and deserve this. 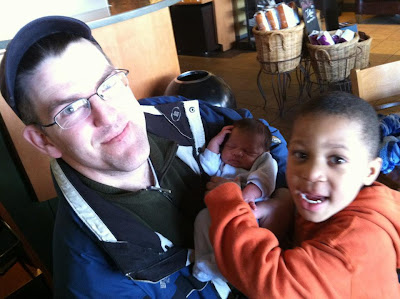 Posted by Spiritual Fairy at 9:45 PM No comments: 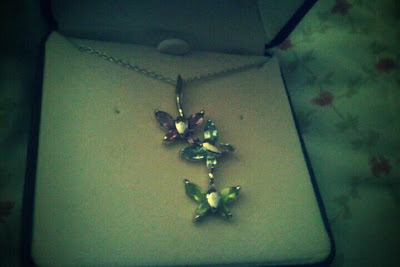 well this year has been trials for me, but i couldnt be happier for My Jea and Chris...they are in the process of adding another Modderman. Thats exciting!!!! and Zyler couldnt be happier..Hes such a happy child, love his cousins and haves too much fun.. I couldnt of made a better choice for him. My butterfly they gave me when i gave birth to him, came up missing and HURTED ME DEEPLY..still dont know who, or where it went to. I got a package today.... :-)
Posted by Spiritual Fairy at 12:42 PM No comments: 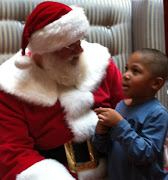 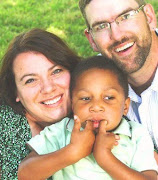 Spiritual Fairy
Mother of 3 on her spiritual journey learning to love herself first and finding her happy. Welcome to my world of tarot, crystals and feminine superpower.